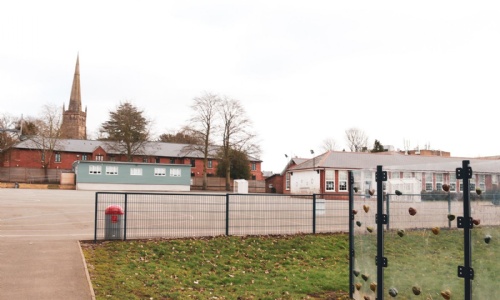 This half term we are exploring our value of perseverance, about how to be resilient, responsible, tenacious and patient. Sometimes known as 'Kingdom Season' this period of time between Harvest and Advent can feel a little bit like waiting for the waiting to begin.

Despite the modern tendency to treat the start of December as the beginning of 'Christmas', the four weeks leading up to Christmas, shortly to be upon us, do in fact have a slightly more sombre and restrained note in the church calendar. Advent Sunday (which this year falls on 28th November) marks the beginning of the liturgical year, and the start of our four week period of active waiting for the Birth of Christ, as we follow Mary and Joseph, the Shepherds and the Angels, and eventually the three Magi as they each undertake a pilgrimage journey towards Bethlehem and Emmanuel: God with us - God incarnate (the latin 'carne(m)' meaning 'meat' - literally 'God made flesh'), to be found lying not in a palace, but in a manger; a trough for feeding animals; in a stable, in little Bethlehem - David's City.

In our Collective Worship, we will light a candle in our Advent wreath each week, and think about the journeys of faith taken by the Patriarch's (Abraham, Issac, Jacob and their descendants), Prophets (those who foretold Jesus' coming), St John the Baptist (our school's patron) and the Blessed Virgin Mary - Mother of Our Lord. Christians are in many ways 'Advent people' - inhabiting the in-between times, the liminal space between the cross and Christ's coming again. As we journey together towards Christmas may your advent also be a time of journeying together towards the light of a joyful Christmas.

Notes for a biography - Godfrey Rust

When Jesus went to Bethlehem

I must say it was odd—

I wouldn't have been born that way

if I was being God.

When Jesus went to Nazareth

he spent twenty years in trade—

in which Messiahs will be made.

When Jesus picked his followers

a practiced eye could tell

he was plainly inexperienced

it was awfully hit and miss—

When Jesus worked a miracle

you don't need a degree

to know that healing on the sabbath

will annoy a Pharisee.

When he went to Jerusalem

he rode there on an ass—

such a PR opportunity

and Jesus let it pass.

When he went to Gethsemane

the game was not yet up—

there was time for him and Judas

to kiss and make it up.

When Jesus stood in Pilate's house

that politics is all about

the art of compromise.

that's the ending of the story —

death instead of glory.

He must have been mad—that's the

only way I understand it.